From Scan to FM 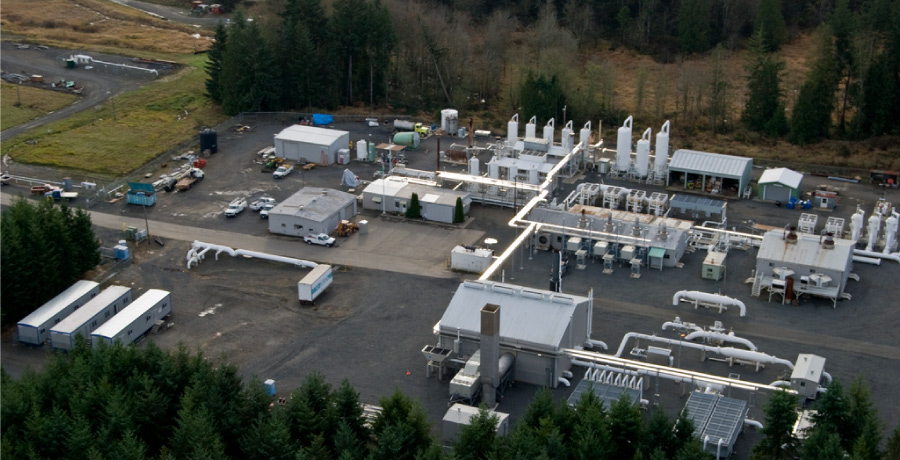 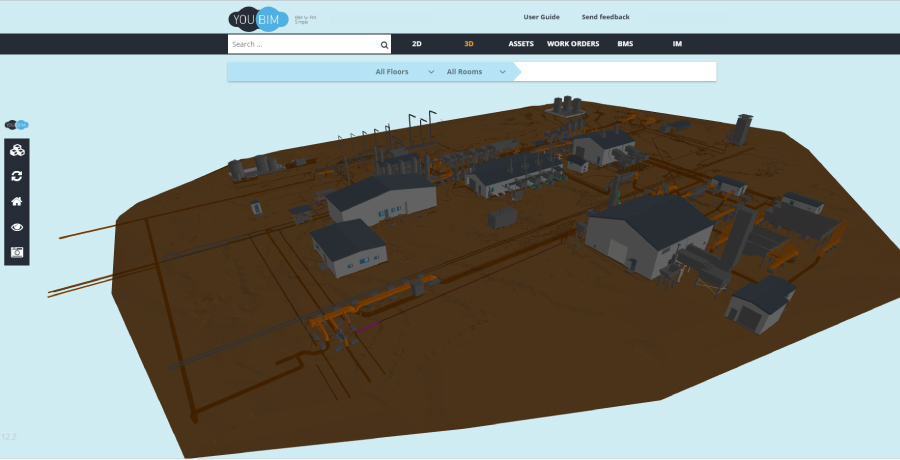 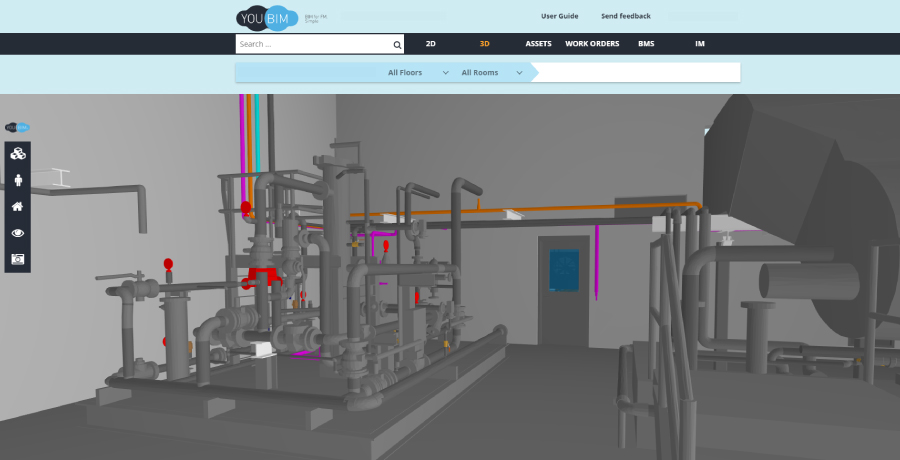 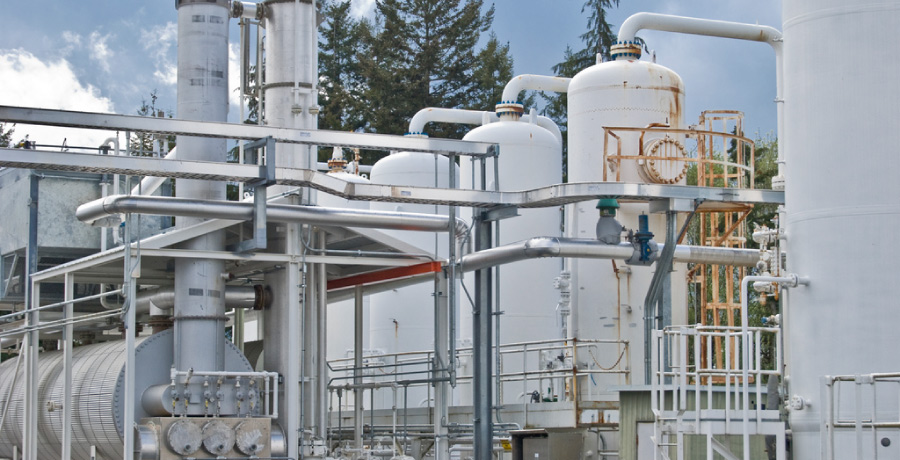 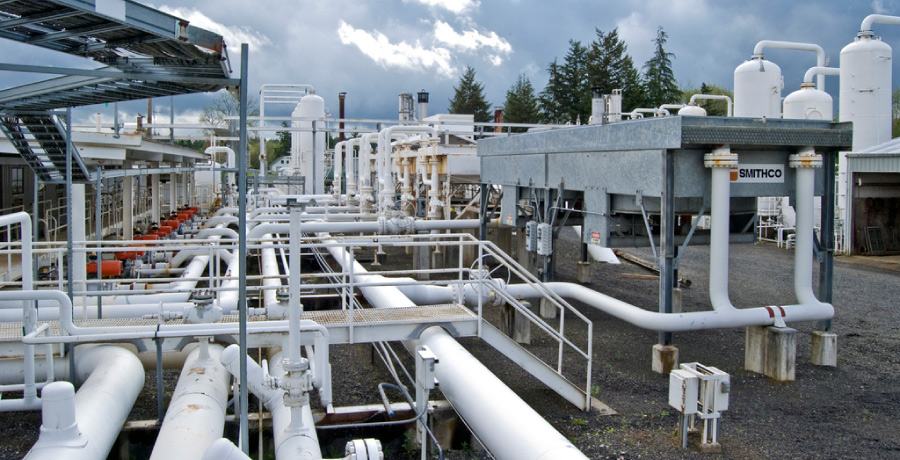 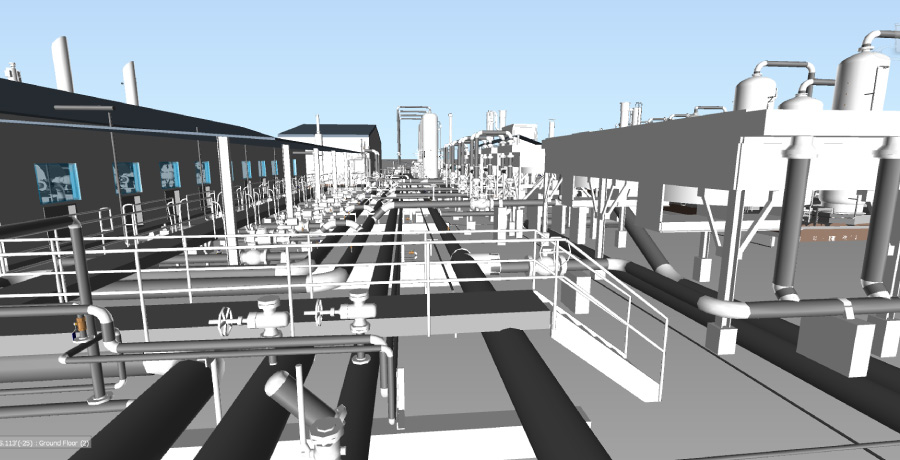 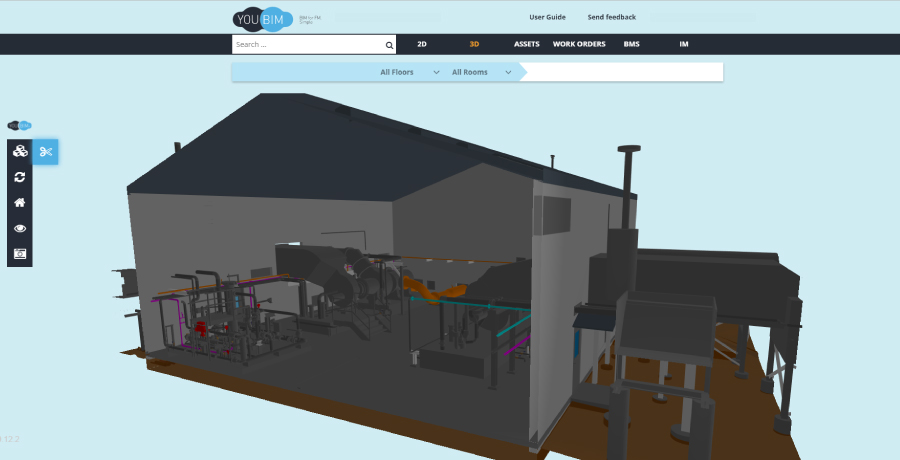 Jackson Prairie is the 14th largest gas-storage reserve in the country; the 3,200-acre reservoir can hold about 44 billion cubic feet of natural gas. First opened in 1970, and after going through several expansions, PSE engineers were faced with the issue of not having reliable as-built drawings that would represent current conditions of their systems and assets.

“Not having accurate information and drawings on the facility was a real problem not only to maintain the plant but also the UST regulations require accurate as-built plans to support inspections” says Eric Brown, Facilities Engineer at Jackson Prairie. “After so many revamps and expansions, the documentation available was completely unreliable. To comply with regulations, we needed to survey and document existing conditions in a reliable way and quickly”. Traditional surveying would have taken too much time and would have never captured the amount of information to create a true As Built BIM Model including all relevant systems.

Pudget Sound Energy contacted YouBIM® to provide a solution. The best possible way was to perform Laser Scanning of the plant, perform a tagging of the systems and create a full 3D/2D Revit model of it.

Laser scanning work was started immediately and within a week we had the entire plant scanned. Just a few weeks after that, Revit models were also ready.

Although the Revit models were the best possible solution to create the As Built drawings and also as a starting point for redesigns, they would be of little help on the day-to-day operations. We needed to provide PSE Operations personnel with an easy way to access the facility’s information. YouBIM®: BIM for FM. Simple was the perfect match to this problem. With YouBIM®, we could put something on Jackson Prairie engineers and technicians’ hands that would give them instant access to data, 3D models and interactive 2D drawings.

“We started only thinking of As Built drawings of the facility and we got so much more” Eric Brown at PSE said. “Being able to have our facilities data and documents so easily available and all around a 3D representation of it makes our job a lot more efficient. New staff will be able to come up to speed understanding our plant in and out in a fraction of the time. Before maintaining an equipment, our technicians can have the entire understanding of what needs to know and what he needs to take with him… Plus when we need to evaluate capital projects, we can start right from within YouBIM®.”